Towards end 2009, the newly conflict-free Sri Lanka was fresh on the global marketplace, bursting with opportunity. With a strategically ideal positioning in the world map, untapped consumer markets, fresh talent, paradisiacal beauty, rich lifestyle experiences, and a wealth of cultural heritage, it almost seemed too easy for Sri Lanka.

But nine years after, the island’s previously steep growth curve seems to have plateaued. Has Sri Lanka capped out its economic potential? Hardly. It’s a matter of incorporating new and relevant means to stretch the nation’s industrial breadth. Among the potent new economic enhancers identified by some of our best business brains, like technology and entrepreneurship, there is ‘creativity’.\

The United Nations’ survey of the worldwide creative economy states that “the interface between creativity, culture, economics and technology, as expressed in the ability to create and circulate intellectual capital, has the potential to generate income, jobs and exports, while at the same time, promoting social inclusion, cultural diversity and human development. This is what the creative economies have begun to do.”

The creative industries—more explicitly, business sectors that capitalise on the creative talent of its workforce to provide high-value services or products, such as advertising, design services, fashion, architecture, new media, publishing, film, designer product retail, etc.—have been pointed out by economists as a highly underutilised economic force that can reap in major benefits for Sri Lanka. 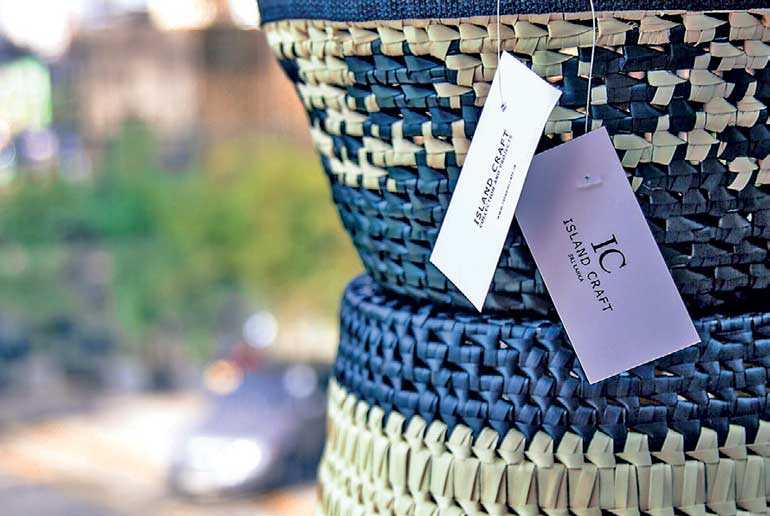 A national strategy for Lankan creative industries? About time

The first discussions on solidifying Sri Lanka’s national outlook for the creative industries included representatives from the Ministry of Development Strategies and International Trade, the Board of Investment of Sri Lanka, Export Development Board, the National Design Centre, University of Moratuwa and AOD. Bringing in Britain’s expertise in forming and implementing widely-successful strategies for developing a creative economy, the British Council Sri Lanka and Jane Rapley—Professor Emerita of the celebrated design university Central Saint Martin’s UK and AOD’s academic advisory chair, also joined in.

As practitioners of creative thinking in cultural and commercial realms, artist and designer Anoma Wijewardene, and representatives of 99X Technology, Colombo Design Studio and the Colombo Design Market were also part of the discussions. This collaboration comes in the shape of a concerted effort to form a future national strategy that harnesses creativity as a vital part of Sri Lanka’s economic fabric.

Why is creativity the next game-changer for the Lankan economy?

Linda Speldewinde, the visionary mind behind Design Corp group of companies, is one of Sri Lanka’s pioneering voices advocating the strategic convergence of creativity and business. Speldewinde revealed the thinking behind initiating this national strategy, stressing that “in the very near future, no creativity literally means no business. It’s really as essential as that.”

She went on to say that creativity is the power currency of the twenty-first century, making it as important as oil was in the past century: “Everyone in business know that innovation is the name of the game now. And, creativity is the bedrock of innovation, which means that it is the ‘power currency’ of tomorrow. So, the countries that get in on this movement, develop their talent, industries and infrastructures to deliver to it, will be the ones reaping in big benefits. This is precisely why we initiated the discussions on forming a national strategy for our creative industries.”

Speldewinde’s observations are on point. It was in anticipation of this future that, some of the most progressive economies around the world invested in getting national strategies for creative industries off the ground. Britain, Netherlands, Belgium, Germany, France, Canada, Singapore and South Korea are some global success stories in this.

The 11th Five-Year Plan of China prioritises “to move from ‘made in China’ to ‘designed in China’”—a powerful example of the dawning understanding that generating original creative content is more valuable than manufacturing larger volumes. The Bureau of Economic Analysis (2015) reported that the creative industries in the US bring in $ 698 billion to the national economy via 4.7 million jobs.

Joining AOD in strategic consultancy is the British Council Sri Lanka. Its Country Director Gill Caldicott stated that they aim to bring in the UK’s expertise on successful creative industries’ policy making to assist Sri Lanka on this all-important journey: The ‘creative economy’, as it is commonly referred to in the UK, is worth a stunning GDP 92 million, directly employing two million people, and is growing twice as fast as the economy as a whole.

“This October we are running an enterprise training course for young creatives turning their creativity into business...We are also inviting one of the UK’s leading consultants in the creative economy—Shelagh Wright—to design and facilitate a policy forum in collaboration with AOD, to conduct a research and produce a report with recommendations on how Sri Lanka can take development of the creative economy forward.

“Sri Lanka has huge potential for developing a strong creative industry sector that contributes to the cultural life of the country and most importantly, to the economy. There is a wide portfolio of creative and cultural offers from textiles, to design, to performing arts, music, film and architecture as well as digital creativity among much more. Over the next few years, British Council will be supporting initiatives in Sri Lanka to develop a profile of the creative sector, establish its worth, develop skills and gain recognition for its value,” she added. 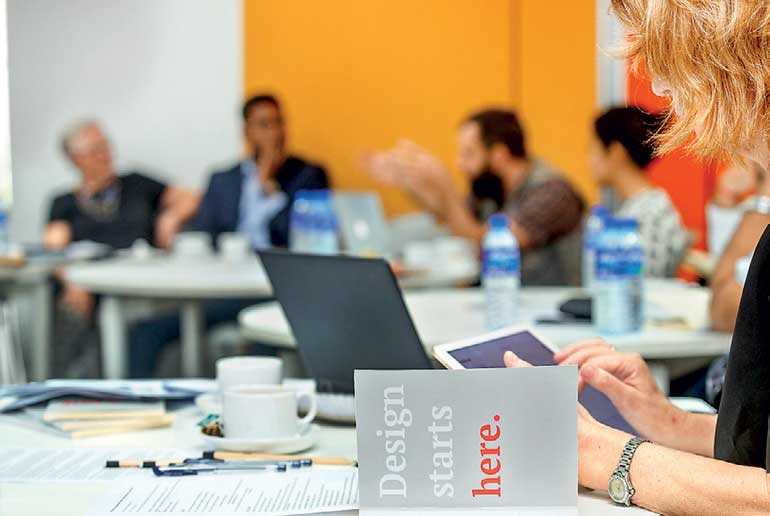 How will a creative industries’ national policy affect Sri Lanka?

The Export Development Board Sri Lanka joined the first discussions on the creative industries’ national policy, with the belief that it will not only generate superior export product and content from Sri Lanka, but will also create resources for other industries to draw new value and innovation from. For example, this can will influence a faster transition of our apparel manufacturing industry into a value-added fashion industry with products that were not only made, but also designed in Sri Lanka.

Anushka Wijesinha, the Advisor to the Ministry of Development Strategies and International Trade, was also part of these discussions, and stated that the country needs an economy that is driven by the private sector and focusing on international markets, instead of confining itself to the domestic market of 21 million. “Of course, this means being driven more by innovation, and not focused on the hardware and built infrastructure alone. Developing talent, skills and entrepreneurship are essential.”

Wijesinha disclosed that the recent Innovation and Entrepreneurship Strategy put forward by the Government follows a similar thinking by putting programmes and frameworks in place for encouraging enterprise innovation and granting market access support. “People’s aspirations are changing, and we need to create new avenues to match that. So, this kind of thinking is towards that direction.”

But, it’s not just business. The development of the creative industries also carry non-monetary values such as inclusive social development to facilitating new understanding between diverse groups and ethnicities, creating jobs, contributing to the overall well-being of communities, individual self-esteem and the quality of life, leading towards sustainable development.

‘Innovation Island’ is a brand strategy for the local creative industries. Much like the local apparel industry that branded itself with ‘Garments Without Guilt’ over a decade ago to project itself to global markets, this brand strategy aims to convey what it means to harness creativity, the Sri Lankan way.

It aims to portray that it’s not just any kind of innovation that Sri Lanka is presenting, but a transformative philosophy that takes its own unique shape inspired by our heritage, talent and modern industrial strengths. It presents an unusual creative hub where the world can meet a new kind of manufacturer whether at a high-tech factory or an artisan’s cottage. It presents the beginnings of a powerful new industrial ecosystem converging creativity, innovation and business.

‘Innovation Island’ is still in the making, as the initial discussions for the local creative industries’ development policy proceed. Two major events that are set to take place in 2018 will take on the spirit of this brand strategy: these are Mercedes-Benz Fashion Week (25-28 October) and Sri Lanka Design Festival (9-11 November) where Sri Lanka’s creative industries annually gather.

Both events will portray Sri Lanka’s capacity to merge design, culture, innovation and business, opening its doors to the world as South Asia’s new hub for creativity. The events will embody ‘innovation island’ theme, extending an open invitation for foreign businesses, international designers, studios, labels, brands and other creative practitioners to collaborate with Sri Lanka.

As the world transforms at unprecedented speeds, the ability to innovate with every change becomes key. And the skill to unlock this ability is creativity. The power of creative industries as enablers and drivers of a new and sustainable kind of development for Sri Lanka is undeniable. And ‘Innovation Island’ is a big step in the right direction.When it comes to design, the Wix blog has everything you need to create beautiful posts that will grab your reader's attention. Check out our essential design features.

Sri Lanka’s work in the creative industries recognised in UK